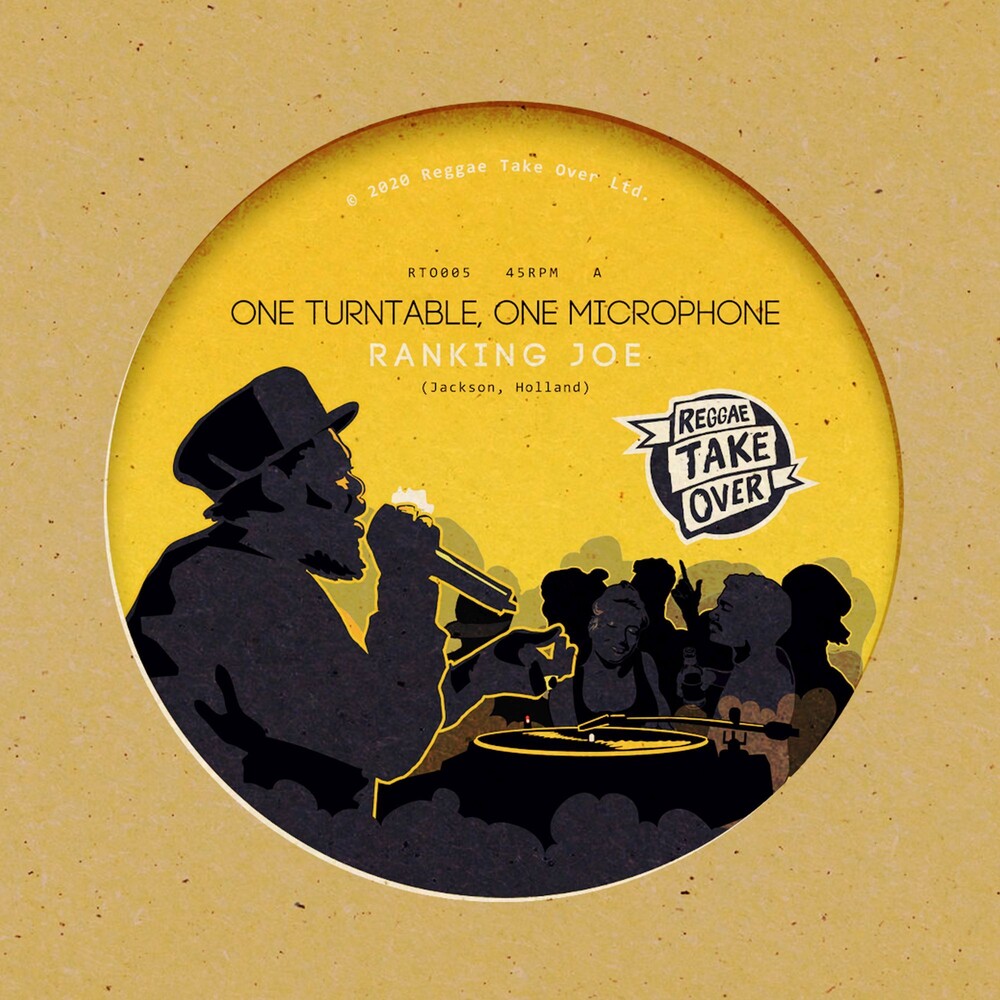 "One turntable, one microphone, a mek we skank it til a morning!" Taking you back to the roots of sound-system culture: when entertainers rocked the dance until morning, with the most basic equipment. The skill and the vibe were all that mattered. "One turntable, One microphone" captures that essence. Sweet, lilting saxophone licks from Jazz futurist Marcus Joseph (Jazz re: freshed) set the scene for the gathering. Ranking Joe bawls out, "forward rub-a-dub style!" as clean, crisp piano chops out the backbeat. A rock-hard rhythm section drops in to put the bassline in your waistline. As the crowd swells, so too does the energy of the performers, with spaced out echoes creating a lush soundscape for the deejay to ride over joyfully. Ranking Joe is a foundation reggae artist from Kingston Jamaica. His first recording was on Coxsone Dodd's legendary Studio One label in 1974. He has cut hits with Sly and Robbie and Easy Star All Stars, enlivening any production with his fast, intricate and sometimes humorous lyrical flows. This latest release shows the endurance of his musical gift and reactivates the essence of golden-era Jamaican dancehall for modern ears.
back to top