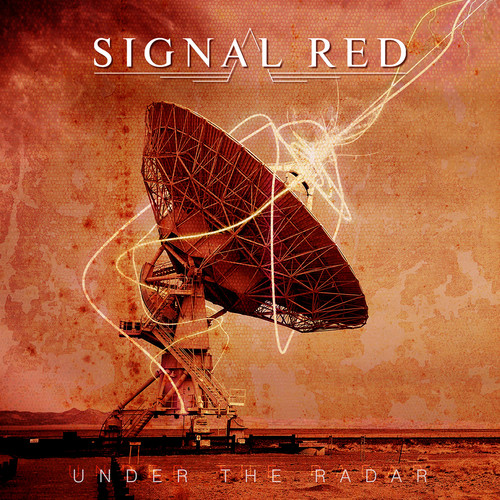 2018 release. Signal Red is a band from the UK and features two very respected musicians namely guitarist Steve Grocott (Ten) and vocalist Lee Small (Phenomena/Shy/Lionheart). The collaboration first came together in February 2013 when Steve was at a loose end. He had been in a band previously called Sevendayz which had recently folded and he contacted Lee as he had heard so much about him, mainly from the self-titled Shy album that appeared in 2011. The two hit it off straight away and it seemed inevitable that an album would follow. Steve got caught up working with the UK band (Ten) as Gary Hughes asked him to be in the bands line-up for some shows and to feature on the new album, so the Signal Red production was halted for a while. Eventually Steve's time freed up so he could once again concentrate on new material for the album and the whole thing has just progressed into a fantastic recording. The collaboration with Lee was clearly a good match as Lee has already proved his worth with Shy as well as solo albums, the Phenomena project with Tom Galley and the rock band Snowfall. Lee is a very soulful, melodic vocalist and has featured on 17 albums as lead vocalist and on many more that have featured him as a guest. This exciting venture is bound to cause a stir, and with Brian Anthony twiddling the knobs (Steve Walsh) then this is going to be one album people will be talking about. Lee came up with the title one day thinking that trying to get recognition for what you live and breathe for is like "living under the radar". Well, they should not be living under it for much longer when this one hits the streets. This is a rock album that just begs to be heard... and we are sure that you will like what you hear.