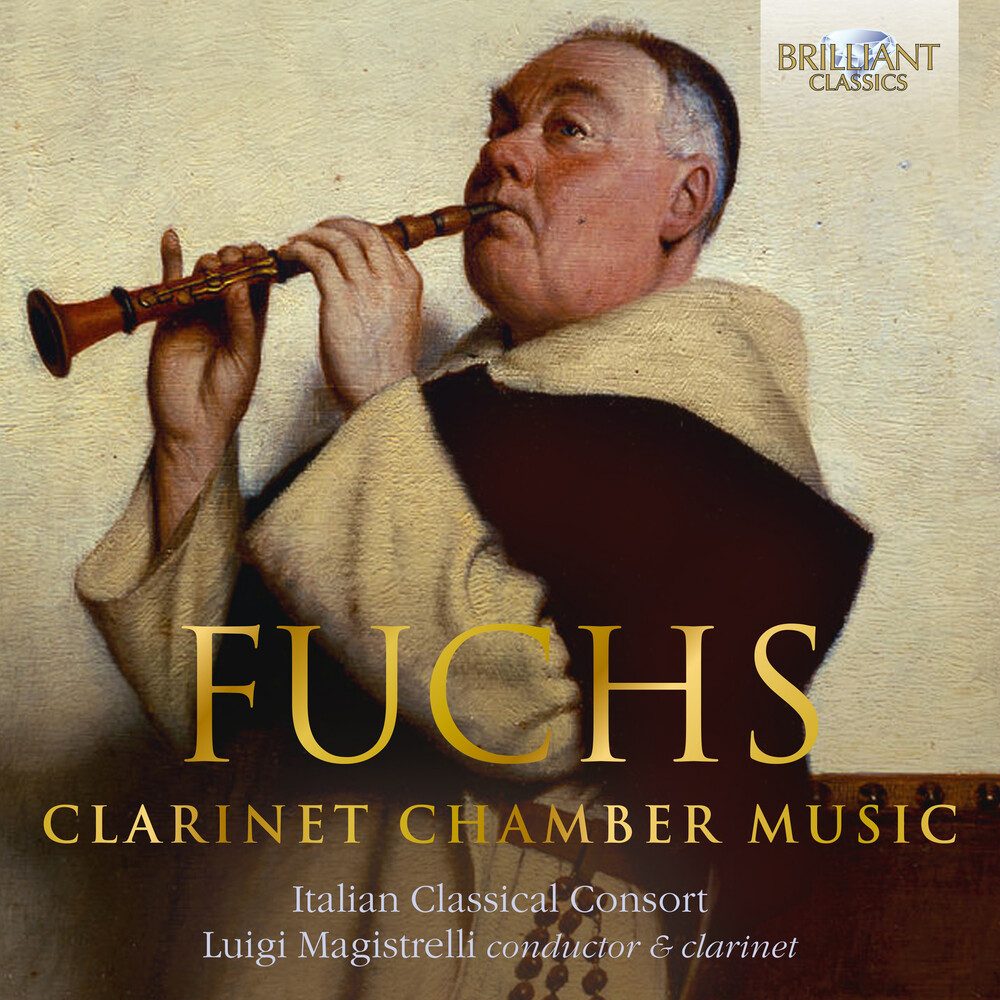 Where next after Mozart's Clarinet Quintet? Try these duos and trios by Georg Friedrich Fuchs (1752-1821) in newly recorded period-instrument performances. Born in the German city of Mainz in 1752, Fuchs was a pupil of Haydn's before becoming a wind-band leader and composer. Aged 32, however, he moved to Paris, and established his name there, teaching at the conservatoire and composing for many French publishers with an eye to the fast-developing market for attractive music for winds, especially the clarinet, accessible to amateurs. His experience as a working musician in the French National Guard prompted him to produce Harmoniemusik - wind-band music - for various combinations of such instruments, without string accompaniment, as the duos and trios found on this album. There is also a brief Pot Pourri on arias of Paisiello conceived for the unusual combination four clarinets, two horns and two bassoons. Between 1803 and 1805 he produced six trios for three clarinets, and Luigi Magistrelli has chosen to record three of them, along with Fuchs's ingenious arrangements of six arias from Mozart's Magic Flute, which weave melody and accompaniment between the two instruments, producing pieces satisfying to both play and listen to on their own terms. As a clarinetist and ensemble leader, Luigi Magistrelli has built up a considerable Brilliant Classics discography of lesser-known repertoire from the Classical and early Romantic eras. Most of his albums feature first recordings, and he is joined by Italian colleagues who have equally extensive experience in historically informed performances (using instruments of the time, often returning to the original manuscripts) of 18th- and 19th-century music.
back to top