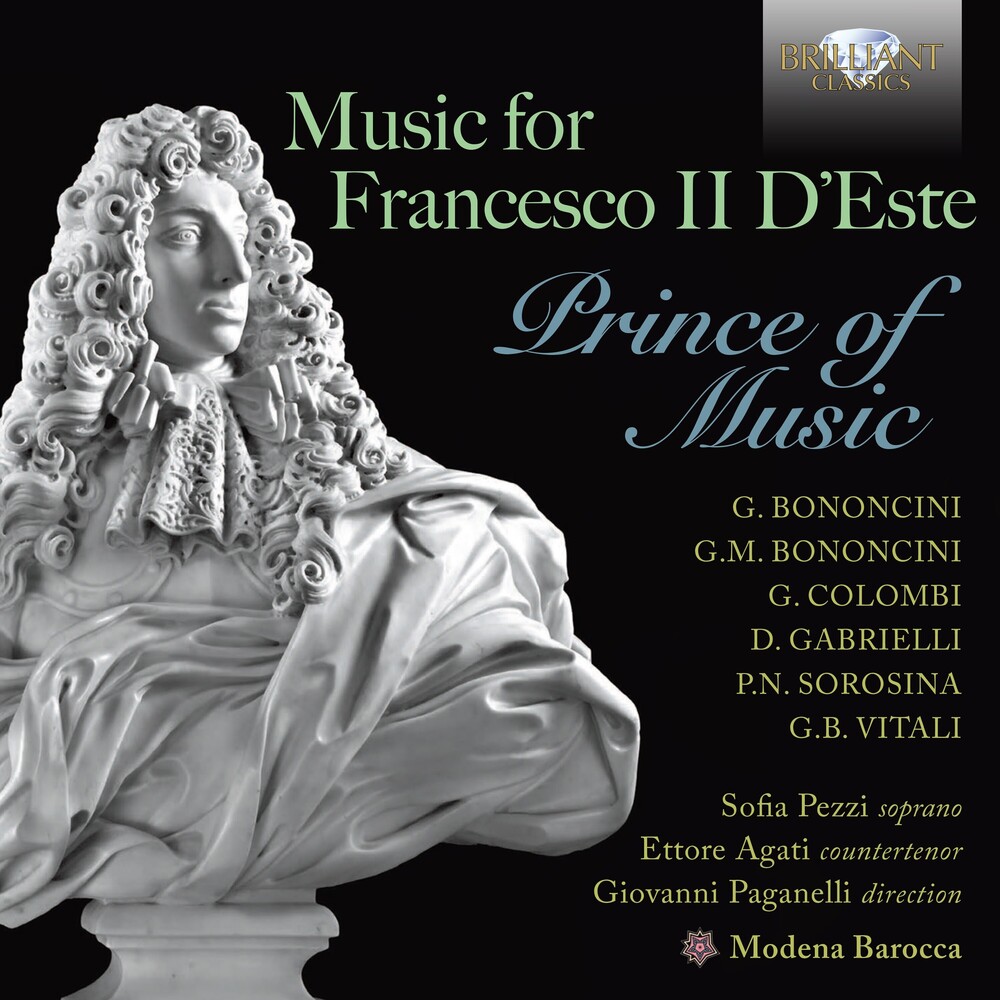 Between 1674 and 1694 the duchy of Modena was ruled by the music-loving Francesco II d'Este: a period of rule that attracted musicians and singers from across northern Italy and farther afield. The music of the chapel was supervised by the duke himself and he established a network of contact with the finest native musicians such as Corelli. Vitali and Domenico Gabrielli both moved to Modena permanently, while the best-known Giovanni Bononcini, member of a formidable musical clan, began his career there and then performed for the grandest courts across Europe. Countless volumes of chamber, instrumental and vocal music were dedicated to the duke thanks to his generous patronage. This recording project has drawn on the remarkably rich resources of the duke's own music library, and it's unique collection of manuscripts affording the opportunity to make several world-premiere recordings of music that has probably lain unheard since the late 17th-century. A case in point is the cantata composed by Vitali to mark the duke's birthday, Sopra la nascita. Now much less familiar a name, Giuseppe Colombi wrote with an audaciously personal style, as the cantata Di Lidia al sen vezzoso reveals. Even more expressively striking is the cantata composed by Bononcini on the subject of the death of Cleopatra, and Gabrielli's cantata Amore m'hai cosĂ¬ avinto is an absorbing exploration of sexual jealousy. Interspersed with these cantatas are sonatas and dances by Vitali and Bononcini which radiate brio and rhythmic verve, and the album concludes with another jealousy-themed duet by an unfamiliar name, Pietro NicolĂ˛ Sorosina (c. 1645-1732). The project came to life from an invitation on the part of the Grandezze e Meraviglie festival in Modena, and it is performed according to the highest standards of modern period-instrument practice by the festival's house ensemble and led by the local early-music maestro Giovanni Paganelli, born in Modena in 1992.