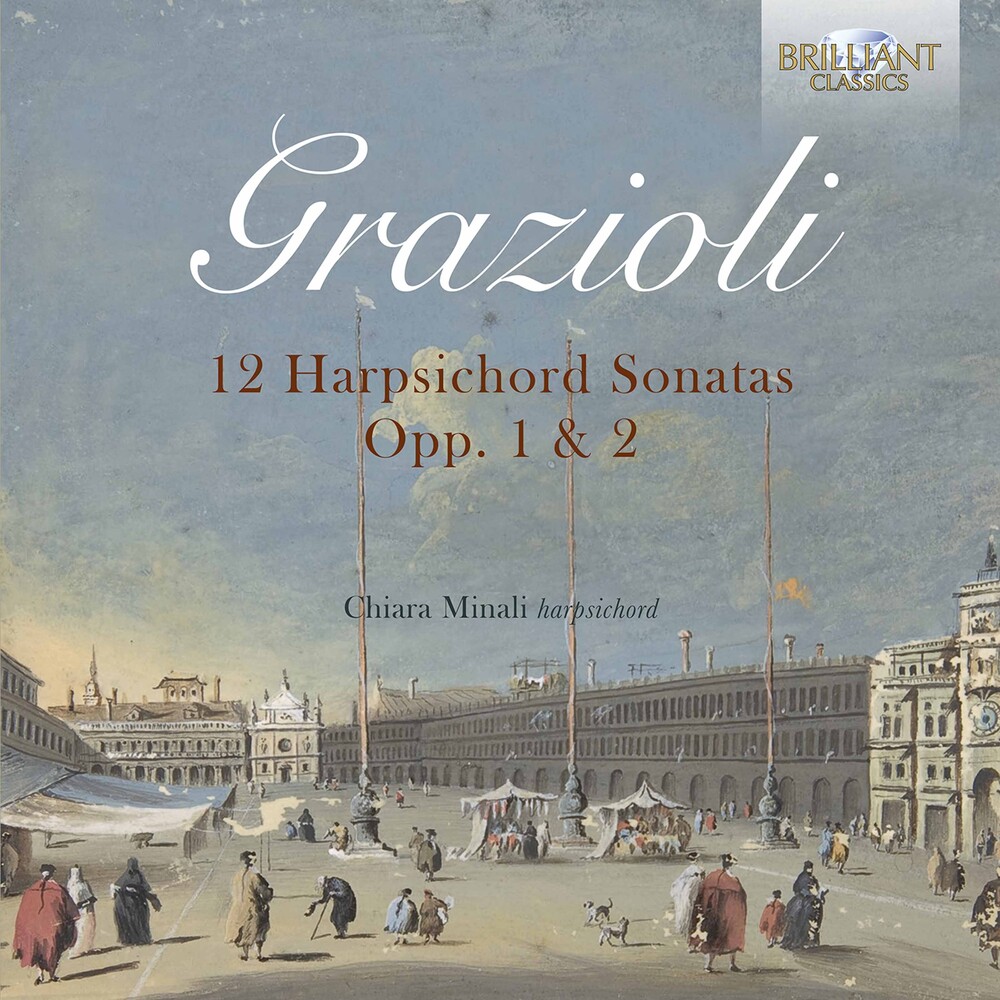 These sonatas were published in 1780 in Venice, where Giovanni Battista Grazioli (1746-1828) had become an organist at St Mark's Basilica two years earlier; and in 1785 he would be appointed principal organist, on the death of Baldassare Galuppi. He was known in his own time as an especially accomplished performer whose compositions concentrated on work for the church, though these collections of keyboard works were evidently designed for domestic consumption. Nearly all the 12 sonatas are structured in a conventional quick-slow-quick three-movement form, most of them in major keys, and notable for their elegant melodies and wealth of invention. The recording's coda represents Grazioli's work at St Mark's with a Pastorale for organ composed for use over the Christmas season. This is probably the first-ever complete recording of Grazioli's harpsichord sonatas (not to be confused with the organ sonatas by his son Alessandro). It marks the third appearance on Brilliant by the Veronese early-music specialist Chiara Minali. Her previous albums of Marcello (95277) and Ignaz Spergher (95834) have won glowing reviews for the technical finesse and expressive refinement of her playing. "Chiara Minali is a superb organist and harpsichordist." La Pagina dell'Organo (Marcello).