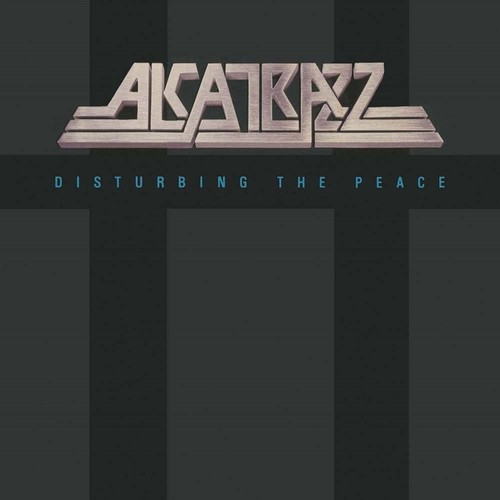 Limited expanded two disc (CD + NTSC/Region 0 DVD) edition of the hard rock band's 1985 album. After a successful solo career, as well as fronting bands as wide-ranging as The Marbles, The Michael Schenker Group, and Ritchie Blackmore's Rainbow, Graham Bonnet formed melodic hard rocker Alcatrazz at the end of 1983 with a relatively unknown Swedish guitarist called Yngwie J Malmsteen, and the release of No Parole From Rock 'N' Roll. When Yngwie left in 1984 to pursue a highly successful solo career, Alcatrazz had not only lost a key songwriter, but also a musician who would turn out to be one of the most influential guitarists of the decade. Although relatively unknown at the time, it now seems like a stroke of genius when future guitar hero Steve Vai was made his replacement for second record, Disturbing The Peace. Signing to EMI's US subsidiary Capitol Records, Disturbing The Peace was released in 1985. This expanded edition features the single edit of 'Will You Be Home Tonight', plus instrumental demos of 'God Blessed Video', ' Wire And Wood', ' Stripper', ' Painted Lover', ' Sons And Lovers', ' Skyfire' and ' Breaking The Heart Of The City'. To give you the full audio-visual experience, this set also includes a DVD of their show at the Shinjuku Kousei Nenkin Kaikan in Tokyo. As well as showcasing tracks from the then unreleased Disturbing The Peace, this Japanese concert features 'Hiroshima Mon Amour' and 'Kree Nakoorie' from the first Alcatrazz album, Rainbow hits 'All Night Long' and 'Since You Been Gone', plus Graham Bonnet's solo hit 'Night Games'.