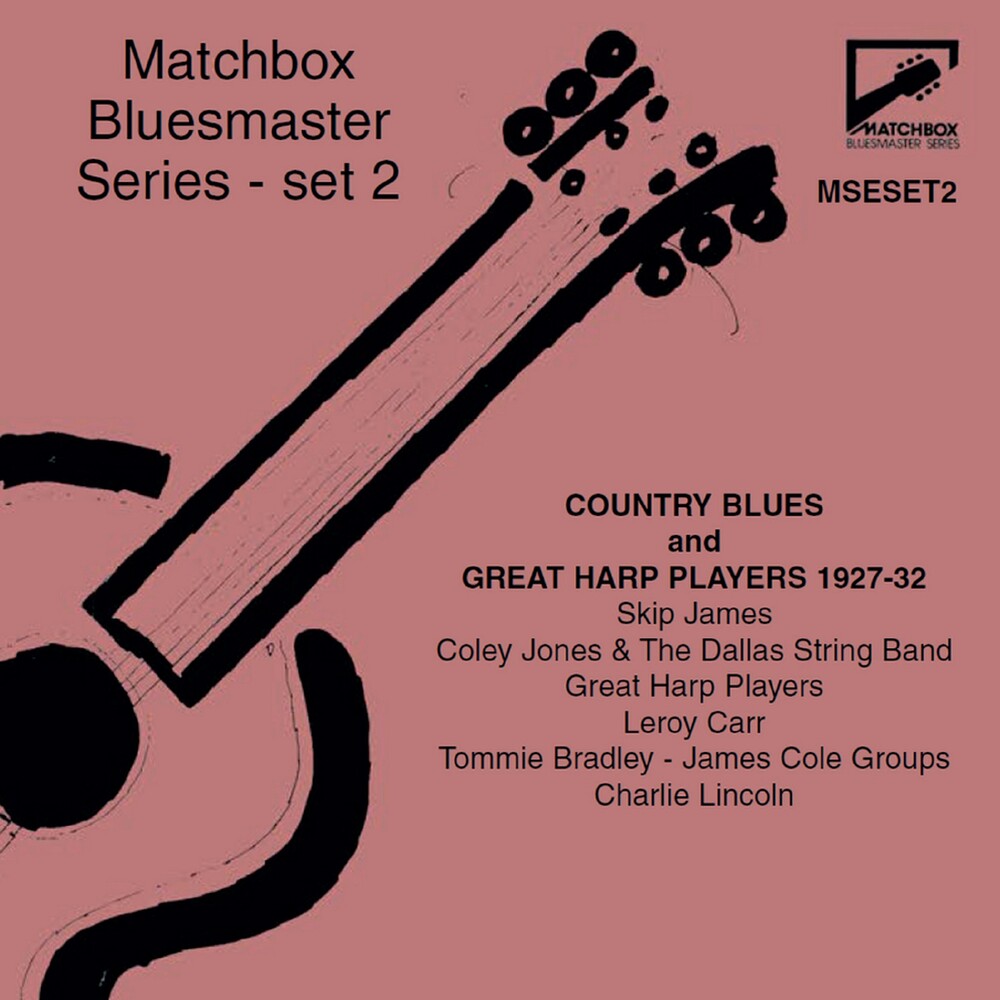 Matchbox presents Volume 2 of the Matchbox Bluesmaster LP series from the 1980s with extensive notes from world authority on the blues, Paul Oliver. The 42 LP albums that make up the iconic Matchbox Bluesmaster Series were released by Saydisc Records between Nov 1982 and June 1988. Most of the albums were subtitled "Complete Recordings in Chronological Order" with a few under the subtitle "The Remaining Titles" or "New to LP". The originating 78 rpm records (many of them extremely rare) were provided by several collectors under the editorship of well known Austrian collector, Johnny Parth and were re-mastered by Hans Klement of Austrophon Studios in Vienna. Johnny Parth had already created his extensive Roots Records label which Saydisc distributed in the UK and the Matchbox Bluesmaster Series was a carefully sculpted edition of black blues roots music giving a broad spectrum of the genre. The series documented the early days of blues, hokum and gospel music from 1926 to 1934 (1950 fortwo tracks) and gives an insight into the way that black music was first released on record.