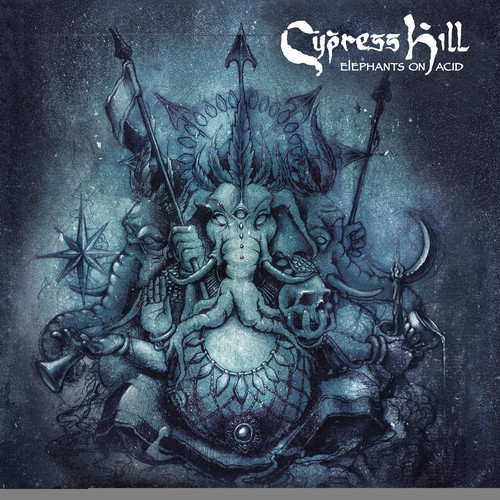 Elephants on Acid is Cypress Hill's ninth studio album and was produced by DJ Muggs, making it the first album produced by Muggs since 2004's Til Death To Us Part. Reuniting with B Real and Sen Dog in Los Angeles to record the album, Muggs also traveled across the world to collect the vibe and sounds that make up much of what you'll hear from start to finish. Cypress Hill takes the listener on a musical journey from the alleyways of Cairo on "Band of Gypsies" to the mystical vibes of Joshua Tree where Ganja Sufi lays down some cannabis-infused fl ow to the streets of Los Angeles on "Crazy" that will bring the listener back to the sound Cypress is known for and includes the soulful guest vocals of Brevi Wood. Additional tracks from B Real and Sen Dog include "Warlord" and "Put Em In The Ground," both are sure to bring fans the classic Cypress Hill they love with a 2018 twist.