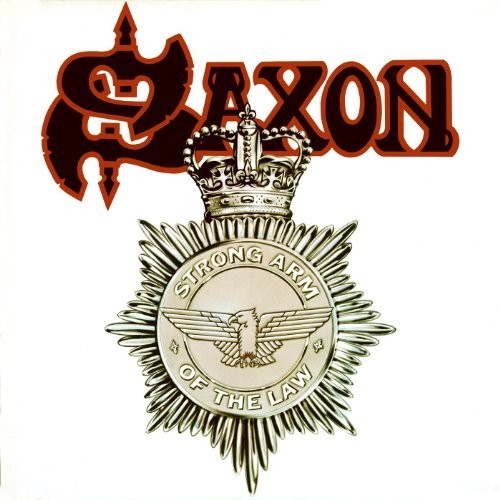 Vinyl LP pressing. Digitally remastered edition. Strong Arm of The Law is the third studio album by Saxon, originally released in 1980, four months after Wheels of Steel, and debuted on the UK chart at No. 11. Saxon is an English heavy metal band formed in 1977, in Barnsley. They had eight UK Top 40 albums in the 1980s including four UK Top 10 albums and two Top 5 albums. The band also had numerous singles in the UK Singles Chart and chart success all over Europe and Japan, as well as success in the US. During the 1980s Saxon established themselves as one of Europe's biggest metal acts. The band tours regularly and have sold more than 13 million albums worldwide. They are considered one of the classic metal acts and have influenced many bands such as Metallica, Megadeth, Slayer, Anthrax, Testament, MĂ¶tley CrĂĽe, Pantera, Dream Theater and Sodom.