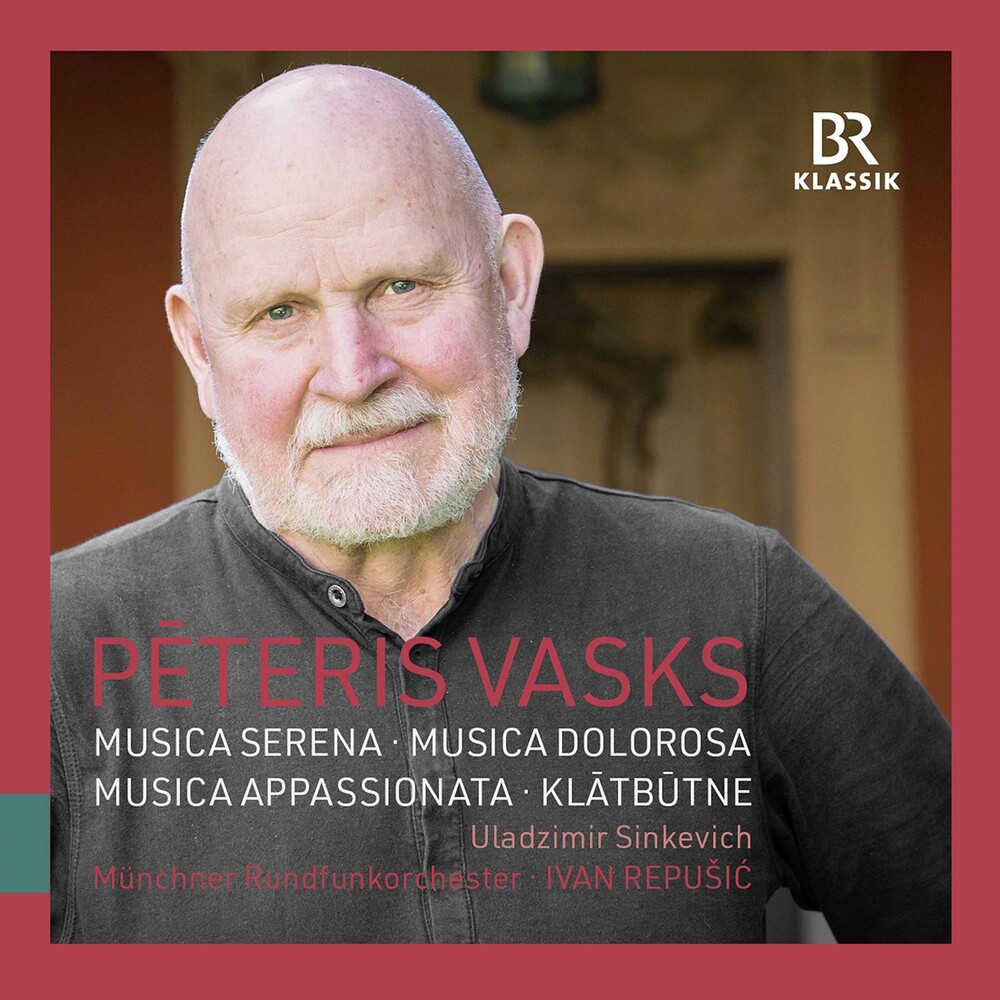 All the works of the Latvian composer Peteris Vasks on this release are written for string orchestra: the three connected compositions "Musica serena" (2015), "Musica dolorosa" (1983) and "Musica appassionata" (2002), and also Vasks' Concerto No 2 for Violoncello and Strings, also known as "Klatbutne" ("Presence", 2011/12). Vasks' three instrumental pieces here are light-hearted, tragic (dealing with the death of his sister as well as the political situation in Latvia at the time), and passionate, providing an overview of the diversity of his work across a timespan of almost three decades. His deeply spiritual Cello Concerto, which was premiered by Sol Gabetta and the Amsterdam Sinfonietta and conducted by Candida Thompson in Ghent, refers in it's title to the pure being of his music - which is present, without distance, in every movement of the bow. The beauty that Peteris Vasks evokes in his works would not be possible without the experience of violence and cruelty in this world. He grew up in a country deprived of liberty, and He grew up in a country deprived of liberty, and because of his faith and his artistic convictions he was subjected to reprisals from Russian cultural doctrine. His father, a Baptist pastor, was considered an "enemy of the state", and his homeland was under Soviet control. As a result Vasks developed a vision of freedom and subtle protest in his music. Vasks' expressive, direct and often deliberately simple music quickly became the mouthpiece of the long-suppressed Latvian people, giving the nation a proud voice that can be heard worldwide. Today, alongside Arvo PĂ¤rt and Erkki Sven-TĂĽĂĽr, Peteris Vasks is one of the most famous composers from the Baltic states of the former Soviet Union. On April 16, 2021, the music world will celebrate his 75th birthday.
This website uses cookies to personalize content and analyse traffic in order to offer you a better experience.
I accept Learn More
back to top