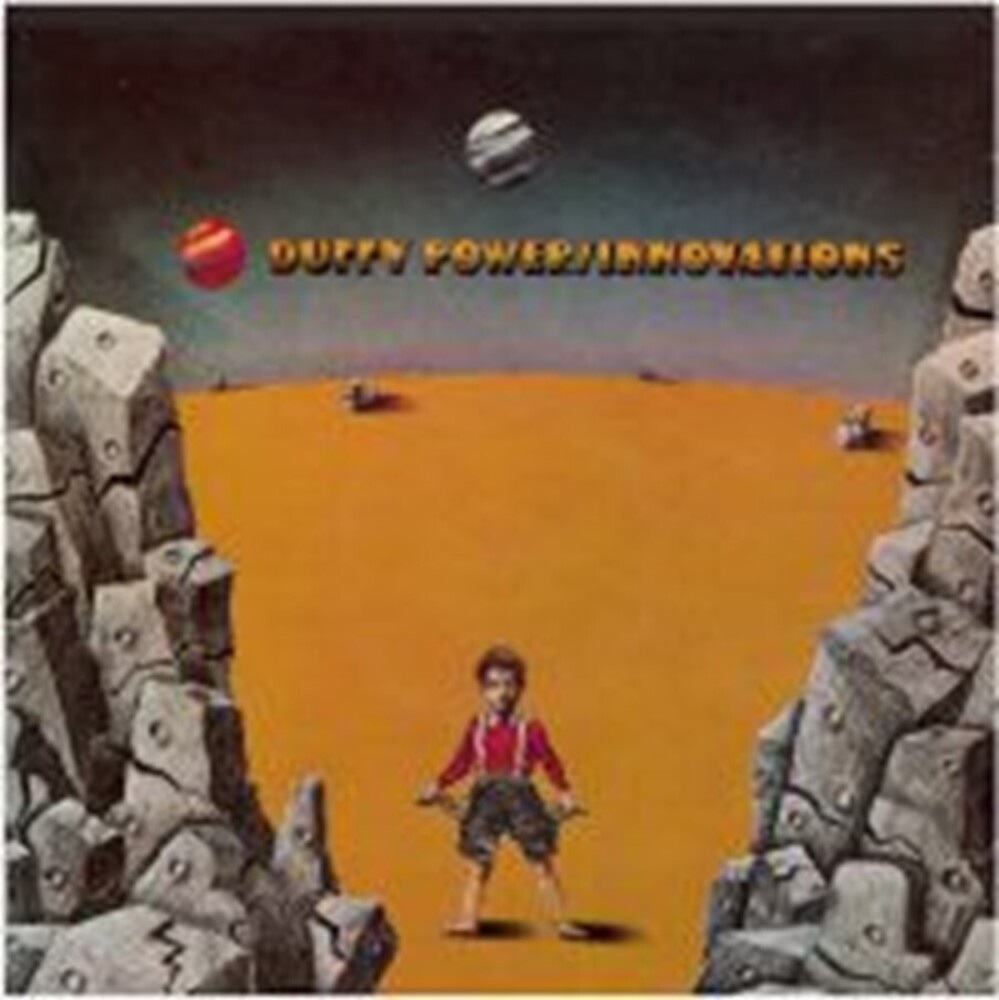 The first Duffy Power release to collate all of his Innovations-era recordings in one beautifully packaged set. Remastered by Eroc, the collection includes a track new to any Duffy Power CD release. Photo-laden booklet includes an authoritative essay by songwriter Pete Brown with annotation by compiler and archivist Colin Harper. Duff-y Power (1941-2014) was among Britain's -first wave of late 50s rock'n'rollers, a protĂ©gĂ© of impresario Larry Parnes alongside Billy Fury, Marty Wilde and Georgie Fame. In 1963, a musical epiphany saw him become one of Britain's greatest bluesmen - an intensely soulful singer, songwriter and harmonica virtuoso whose career thereafter would be a rollercoaster of amazing recordings, o /on record deals, and periods of withdrawal before bowing out of music-making in 1973. In the mid-60s, Duffy recorded with future members of Cream, Pentangle and the Mahavishnu Orchestra. He never had any problem impressing fellow musicians, but a wider appreciation of his work would only come in the CD era. Despite a string of lavishly produced singles for Parlophone and an attempted comeback on CBS with the single 'Hell Hound' / 'Hummingbird' in 1970, Duffy's fi-rst real success since the Larry Parnes era was the result of an 'archive trawl' LP in 1971 - among the -first of it's kind for a living artist. Entitled Innovations, the album brought together a dozen unreleased recordings made between 1965-67 for his publisher, Marquis Music, including several co-writes between Power and guitar hero and Melody Maker poll-winner John McLaughlin, who had revolutionised Miles Davis' sound in the intervening years. Other musicians on the album - Jack Bruce, Danny Thompson and Terry Cox - had since found the sweet spot between commercial success and acclaimed progressive music, while drummers Phil Seamen and Red Reece were legends of British jazz. Released on Transatlantic Records in February 1971, Innovations caused a sensation, selling 30,000 copies and seeing Duffy featured at length in the British music press, prompting CBS to reissue the 'Hell Hound' single (flipping the sides). In the CD era, 10 further recordings from these Marquis Music sessions fi-ltered out on various anthologies. This 'definitive edition' brings all of this extraordinary body of work together for the fi-rst time and adds the one remaining stray: a fabulous Decca 45 A-side take of 'Hound Dog', released in January 1967 by Duffy's Nucleus (Power, McLaughlin, Thompson, Cox), which has never before appeared on a Duffy Power CD. Detailed notes by Pete Brown and Colin Harper, who both knew Duffy, and mastering by Eroc, complete the package. Features 11 bonus tracks
This website uses cookies to personalize content and analyse traffic in order to offer you a better experience.
I accept Learn More
back to top