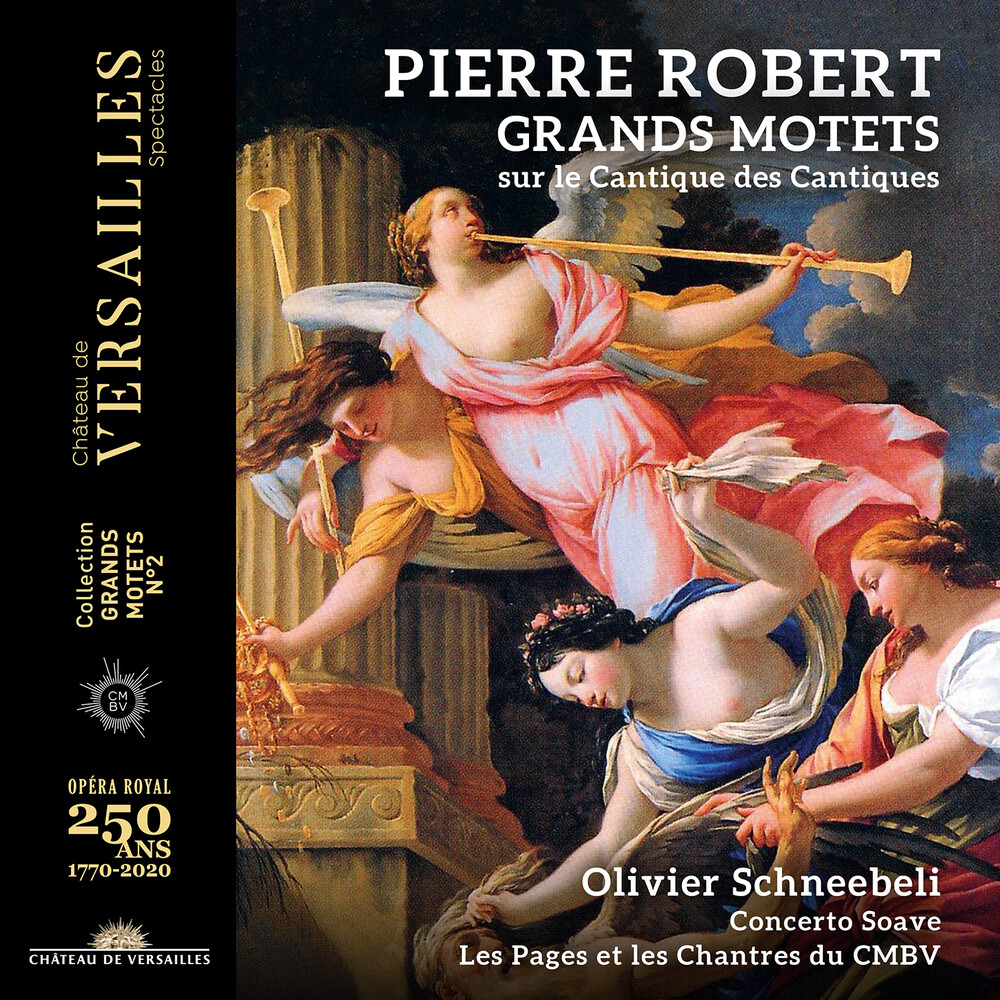 From 1663 to 1683, Pierre Robert and Henry Dumont were the official composers of the Royal Chapel of Louis XIV, in charge of the Sovereign's daily sacred music, while Lully reigned over the exceptional ceremonies and (above all) the Opera. All three invented the Grand Motet Ă  la franĂ§aise, whose sumptuousness soon reverberated throughout Europe. The works gathered here by Robert and Dumont are taken from the Song of Songs, a magnificent biblical evocation of the mystical Spouses, that is Christ and the Virgin. Since the Vow of Louis XIII, who dedicated France to Mary to thank her for the birth of Louis XIV, the Kingdom and it's Sovereign were of great Marian piety. Olivier Schneebeli, with 30 years of musical direction of the Pages and Chantres of the Centre de Musique Baroque Versailles, brings the splendid eloquence of these Grands Motets to the Chapel of Louis XIV.
back to top