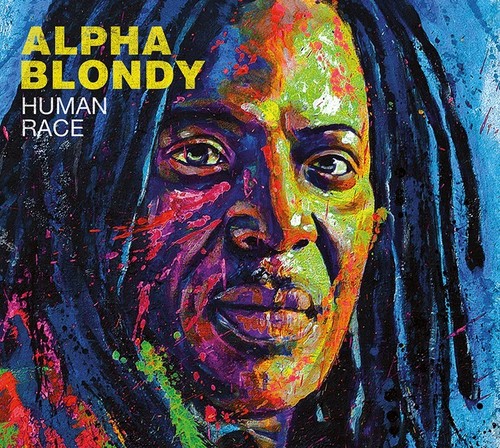 2018 release. On the circuit for almost forty years, Alpha Blondy began playing in the second half of the 1970s in the United States and recorded his first hits the following decade in CĂ´te d'Ivoire. With almost twenty studio albums to his credit, Alpha Blondy has been touring the world since then and primarily defends a certain vision of music. That of a magical interlude that let's us point out the evils of our time to build a better one. Human Race includes guest appearances by Youssou N'Dour ("OtĂ©-FĂŞ"), Fally Ipupa, who sings in Lingala on "Kanou", and AngĂ©lique Kidjo ("Alphaman Redemption"). As commander of African groove, as he's often portrayed, Alpha Blondy is only about love and peace. At 65 years old and wearing it well, he's not ready to retire yet. "I would have liked to sing romantic songs, but my ghetto origins wouldn't let me. Instead, giving and receiving love is what drives me, in my music as well as in my life. And as long as God gives me strength, I'll be there." Let's hope it never ends.