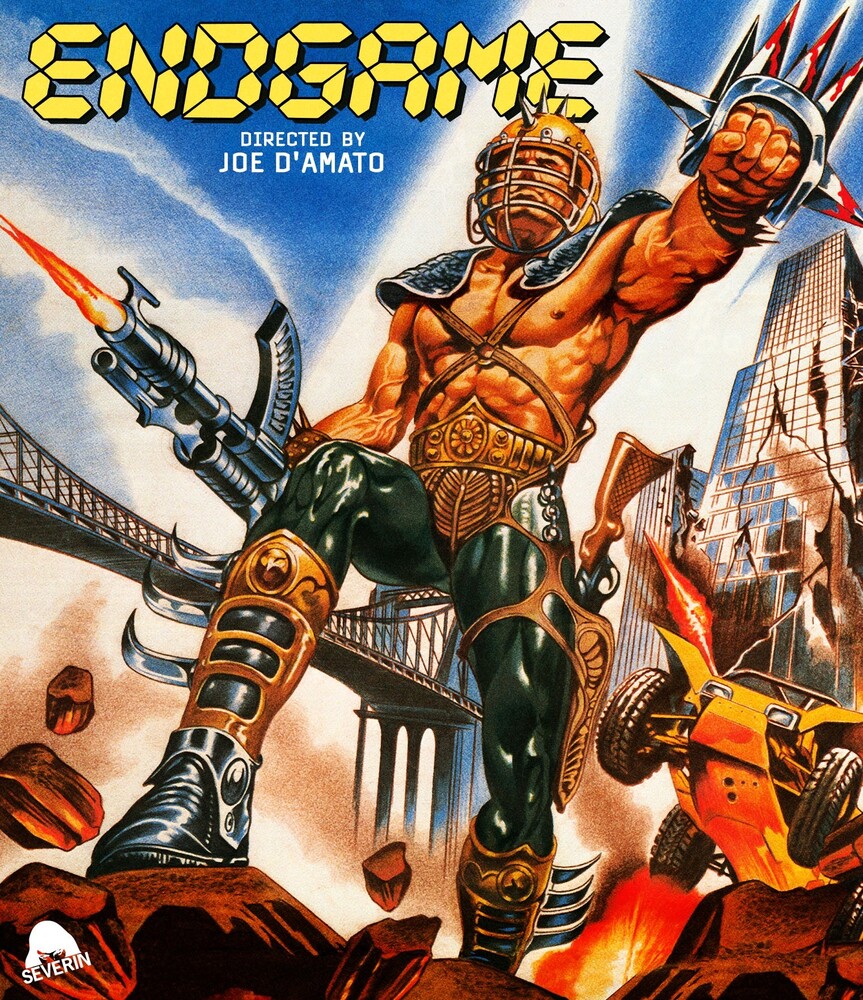 For his own entry in the '80s Italian Post-Nuke cycle, Joe D'Amato combines a prescient script, ferocious action and an unprecedented cast of ItaloCult icons to create "one of the better Spaghetti Sci-Fi films of the decade" (Rivets On The Poster): In a radiation-ravaged future, an underground society of mutant rebels will attempt to overthrow the tyrannical government by infiltrating the TV sport in which humans are hunted as prey. Al Cliver (ZOMBIE), Laura Gemser (BLACK EMANUELLE), George Eastman (ANTHROPOPHAGUS), Gabriele Tinti (CALIGULA 2), Bobby Rhodes (DEMONS) and peplum legend Gordon Mitchell (THE GIANT OF METROPOLIS) star in this "tons of fun for lovers of Italian exploitation" (Rubbermonsterfetishism) featuring a pounding score by Carlo Maria Cordio (SHOCKING DARK), now scanned in 2K from the original negative
back to top