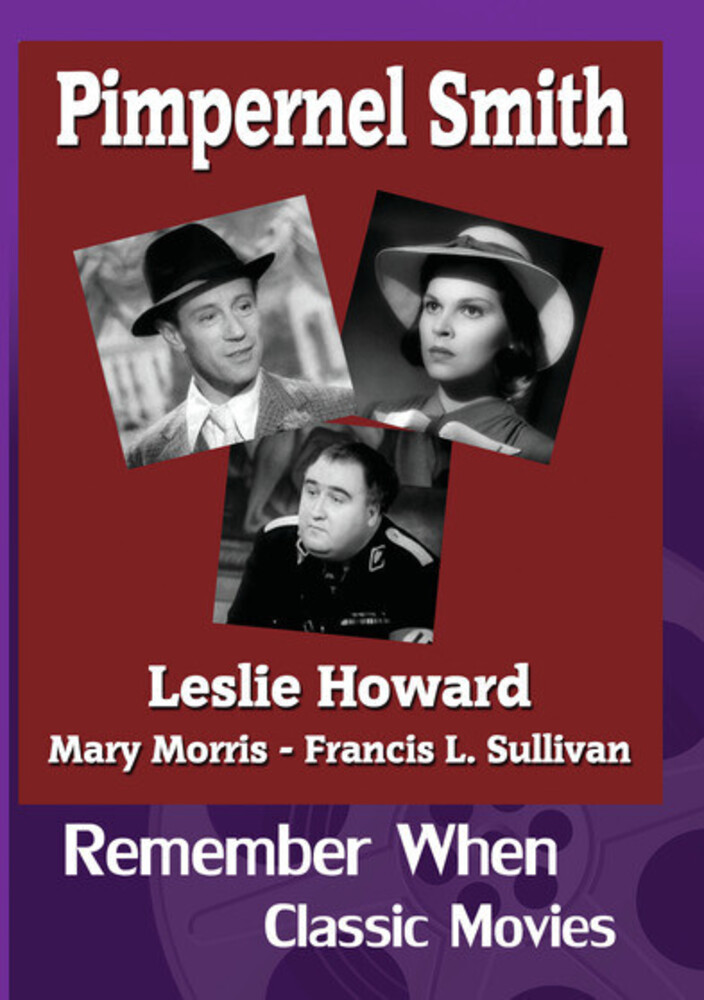 Pimpernel Smith is a 1941 British anti-Nazi thriller starring Leslie Howard. The film helped real-life Raoul Wallenberg to mount his rescue operation in Budapest which saved tens of thousands of Hungarian Jews from Nazi concentration camps during the last months of the Second Wold War. In the spring of 1939, eccentric Cambridge archaeologist Horatio Smith (Leslie Howard) takes a group of British and American students to Nazi Germany to help excavate for evidence of the Aryan origins of German civilization. Smith has a secret agenda to free inmates of the concentration camps, going so far as to dress as a scarecrow in a field to divert attention from himself. However, he is wounded by a German soldier engaging in a bit of target practice. Smith is able to go on and free a celebrated pianist from a work gang. His students guess his secret when they see an inquiry and connect the story about the latter-day Scarlet Pimpernel in a newspaper. They immediately volunteer to help Smith. German Gestapo general von Graum (Francis Sullivan) is determined to find out the identity of the 'Pimpernel' and eliminate him. Von Graum joins forces with Ludmilla Koslowska (Mary Morris) by threatening to kill her father, a leading Polish democrat held prisoner by the Nazis. When Smith finds out, he promises Ludmilla he will free her father. Smith and his students masquerade as American journalists and visit the camp. They overpower the guards and put on their uniforms while freeing Ludmilla's father and some other inmates. By now von Graum is sure Smith is the man he is after, so he stops the train the professor is travelling on and unpacks various of Smith's crates only to find ancient artefacts from Smith's excavations. Von Graum is still holding Ludmilla captive, so Smith comes back for her. The general manages to capture them both at a border crossing. Smith informs von Graum that the artefacts disprove Nazi claims about the Aryan origins of Germans. He predicts the Nazis will destroy themselves. Then, Smith manages to escape and disappears into the fog. Will Smith ever return for Ludmilla? This is a classic anti-Nazi movie which no one will ever forget!