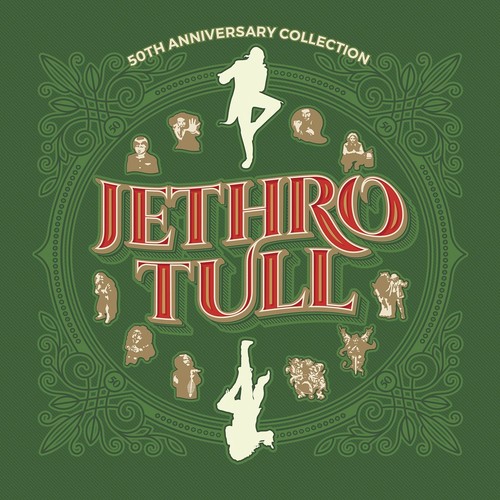 Vinyl LP pressing. 50th Anniversary Collection is a compilation that spotlights essential tracks from their finest studio albums. Jethro Tull is a British rock group, formed in Luton, Bedfordshire, in December 1967. Initially playing blues rock, the band soon developed it's sound to incorporate elements of British folk music and hard rock to forge a progressive rock signature. Jethro Tull has sold over 60 million albums worldwide, with 11 gold and five platinum albums among them. The group first achieved commercial success in 1969, with the folk-tinged blues album Stand Up, which reached #1 in the UK, and they toured regularly in the UK and the US. Their musical style shifted in the direction of progressive rock with the albums Aqualung (1971), Thick as a Brick (1972) and A Passion Play (1973), and shifted again to hard rock mixed with folk rock with Songs from the Wood (1977) and Heavy Horses (1978).
back to top