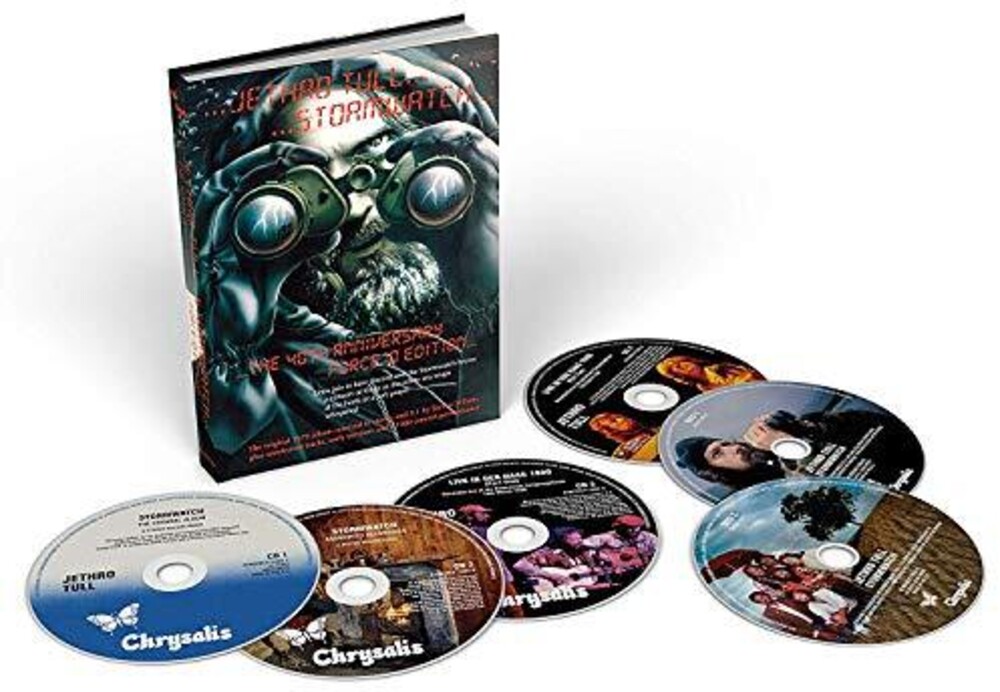 Deluxe four CD + two DVD collection. This set expands the legendary group's 1979 album with Steven Wilson's newly remixed version of the original, plus studio outtakes, an entire unreleased concert recorded in 1980, and more. Stormwatch is the twelfth studio album by the progressive rock group Jethro Tull, released September 1979. It is considered the last in the trilogy of folk-rock albums by Jethro Tull. Among other subject-matters, the album touches heavily on the problems relating to the environment, oil and money.
back to top