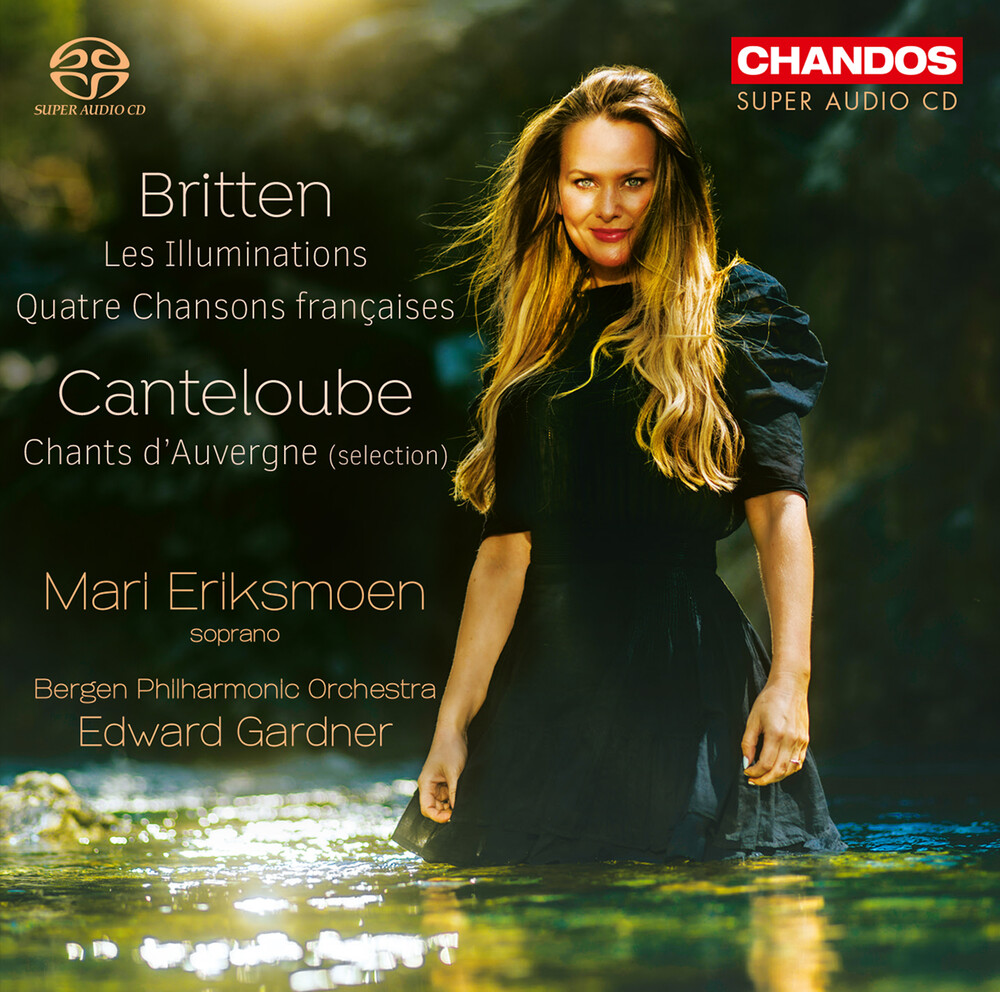 Norwegian soprano Mari Eriksmoen is undoubtedly a rising star at the moment, following successful appearances at the OpĂ©ra-Comique in Paris, Grand ThĂ©Ă˘tre de GenĂ¨ve, Oper Frankfurt, Komische Oper Berlin, and Teatro alla Scala in Milan. On the concert stage she has made recent important appearances with the Orchestre de Paris, Berliner Philharmoniker, Oslo Philharmonic, and MĂĽnchner Philharmoniker among others. Here she joins the Bergen Philharmonic and Edward Gardner for a powerful album of orchestral songs, coupling Britten's Les Illuminations and Four French Songs with a selection of Cantaloube's inimitable Songs of the Auvergne. Eriksmoen spent a year studying in Paris, and proves an effective and natural singer of the French language. As she mentions in her program note: 'It is highly demanding to sing in French when it is not one's native tongue, but I have always felt at home when singing in French and nurture an emotional attachment to the French language.'
back to top