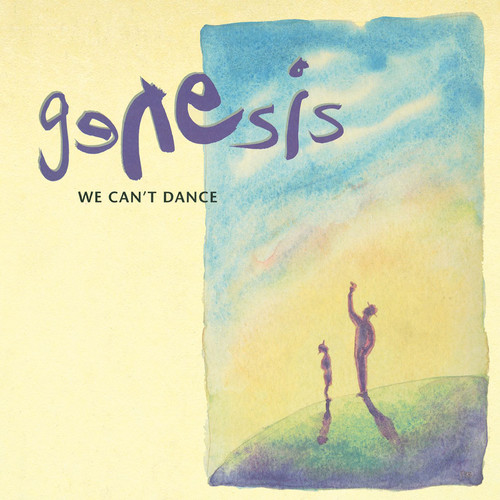 Double vinyl LP pressing. We Can't Dance is the fourteenth studio album by Genesis, released on 28 October 1991. It is their last album recorded with drummer and singer Phil Collins before his departure in 1996 to pursue solo projects full time. Production began after a four-year period of inactivity from the group, following the commercial success of Invisible Touch (1986) and it's tour. We Can't Dance was a worldwide commercial success for the band. It became the band's fifth consecutive #1 album in the UK and reached #4 in the U.S., where it sold over four million copies. Between 1991 and 1993, six tracks from the album were released as singles, including "No Son of Mine" and "I Can't Dance". The latter received a Grammy Award nomination for Best Pop Performance by a Duo or Group With Vocals in 1993.