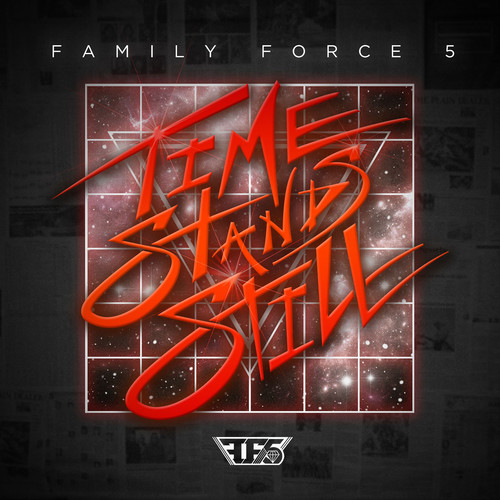 With Time Stands Still, Family Force 5 continues down the road of delivering music that connects with their fan base, while expanding that base to soaring new heights

Pop/Rock band Family Force 5 is preparing for the August 5, 2014 release of their 15-song, fourth studio album,Time Stands Still, featuring the initial radio single, “Let It Be Love,” along with “BZRK (feat. KB),” “Glow In The Dark,” and “Sweep The Leg.” In keeping with their proven, keen eye on delivering engaging music videos – as evidenced by more than 20 million views of prior music videos - Family Force 5 has delivered the first video from Time Stands Still with “BZRK (feat. KB),” a music video viewed a quarter of a million times in its first week.