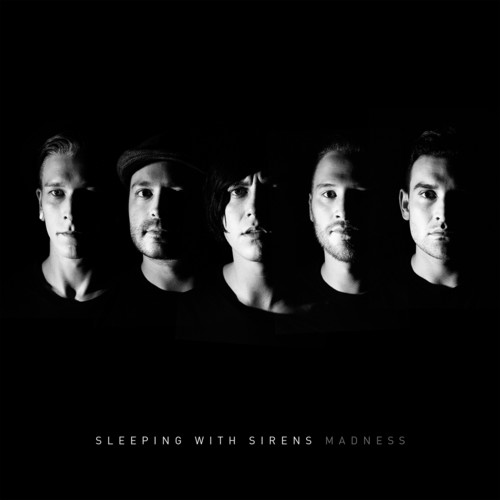 Wins and nominations for Artist Of The Year (APMAS 2014, Alternative Press 2013), Best International Newcomer (Kerrang!), Album Of The Year and Song Of The Year (APMAS) are all emblematic of the tidal wave that is Sleeping With Sirens. Facebook likes tripled to over 3 million since 2013; each of frontman Kellin Quinn s social media profiles has 1 million followers; previous album Feel debuted at #3 on the Billboard 200; Alternative Press, Rock Sound, Kerrang!, Outburn and Blunt regularly feature them on the cover; they ve been a main-stage act for Vans Warped Tour and UK s prestigious Reading & Leeds. Quinn s King For A Day collaboration with Pierce The Veil was certified gold. Only a few years ago, SWS was an opening band.

Now comes Madness, Sleeping With Sirens debut on new home Epitaph. Madness is an electric summation of all that is SWS and everything they represent. Lead track Kick Me is a defiant finger in the air to the naysayers, showing off the band s strong roots in the scream and metalcore scene, but radio single Strays speaks to the vaulting ambition of this band; the lyric celebrates the band s fans, who call themselves Strays, and show a powerful sense of community, while the music, produced by the radio-friendly John Feldman (5 Seconds of Summer) presents a band ready to follow fellow scenesters Fall Out Boy and Paramore into the mainstream.