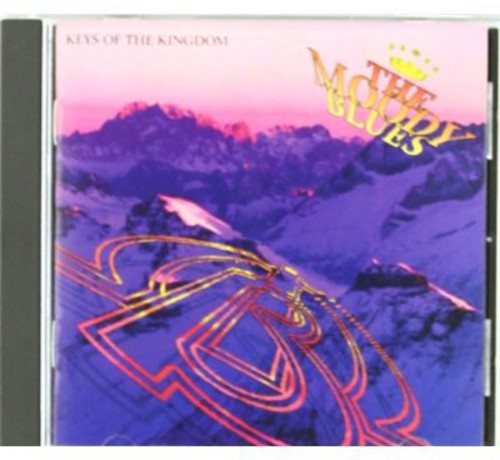 Keys Of The Kingdom
Artist: The Moody Blues
Format: CD
New: Out of Stock
Wish

''Keys of the Kingdom'' is an album released by the rock band The Moody Blues in 1991. Though some of the tracks recall the strength of the songwriting on ''Sur La Mer'', the failure of ''Keys of the Kingdom'' to produce any major hit singles would mark the beginning of the Moodies' decline in popularity with mainstream audiences after their success in the MTV video generation. The album saw the band beginning to return to a more airy rock oriented sound (similar to ''The Present''), rather than the previous two albums' forays into synthesizer pop. Flautist Ray Thomas plays more of a substantial role on this record, with his first ambient flute piece in eight years. Drum machines are still used heavily; Graeme Edge only performs on three songs, with session drummer Andy Duncan providing live drums on two more, and the rest being programmed. Keyboardist Patrick Moraz left the band after completing only a few tracks for this album, and he is listed as an 'additional' keyboard player. As this was the second time the band and their keyboardist would part ways, their future album and re-release booklets would distance themselves from Moraz and any future keyboardists they hired from being members of the band.

This was the last Moody Blues album before their extravagant concert at Red Rocks and a series of symphonic tours with orchestras. - Wikipedia