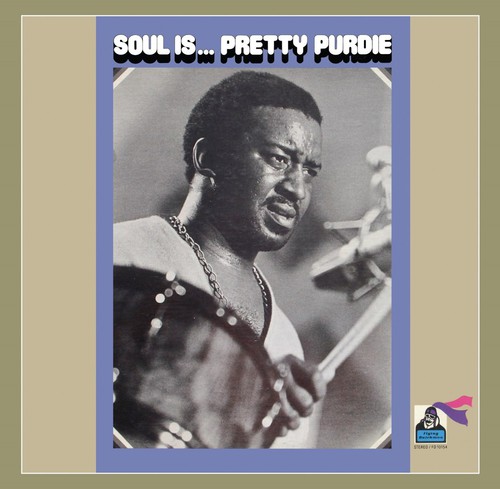 Digitally remastered edition. Bernard 'Pretty' Purdie was first-call session drummer for New York-based Soul recordings for years and used on a host of sessions for all the big labels based in the city. By the early '70s he was used regularly on Aretha Franklin's sessions. He also recorded a few albums under his own name. SOUL IS is often rated to be the best. Purdie was appointed musical director at Flying Dutchman by label boss Bob Thiele and appeared on albums by Gil Scott-Heron, Leon Thomas and Gato Barbieri. He was equally at home in the worlds of Jazz and Soul. This album showcased not just his drumming but also his vocals on a couple of tracks, most notably his tribute 'Song for Aretha'. The album features the cream of New York's session players, including Purdie's regular collaborators Richard Tee, Cornell Dupree, Jerry Jemmott and Ralph McDonald. The music is a soulful Jazz concoction, with standout versions of the Crusaders' 'Put It Where You Want It' and Aretha's 'Daydreaming' and a impressive medley of 'What's Going on / Ain't No Sunshine'.