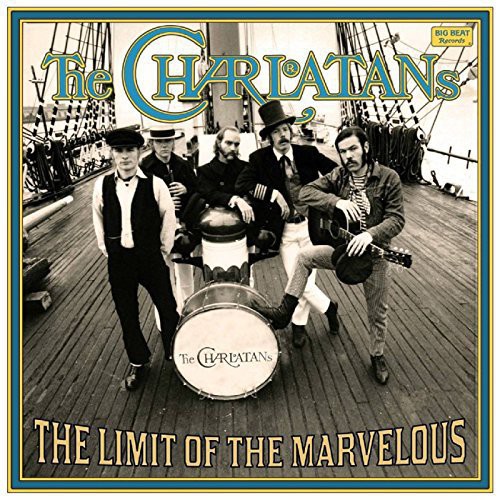 Limited 180gm colored vinyl LP pressing. NOT to be confused with Britpop band The Charlatans (AKA The Charlatans UK). With the 50th anniversary of the American band the Charlatans' debut, Big Beat are celebrating with this carefully conceived deluxe vinyl edition of the original line-up's best recordings, The Limit Of The Marvelous. The iconic quintet are widely acknowledged with kickstarting the San Francisco 1960s renaissance. The Charlatans presented a blend of Americana-infused popular styles, encompassing country, swing, bluegrass, 50s rock 'n' roll and olde English folk. The band's image radiated class that few of their hirsute, tie-dyed peers matched. The Limit Of The Marvelous distils the best cuts from Big Beat's essential Amazing Charlatans CD to approximate the long-player the group should have issued at their peak in 1966. It juxtaposes idiosyncratic folk-rock 'Codine Blues' and 'Alabama Bound' with dustbowl-dry originals from the pen of guitarist/drummer Dan Hicks, including the first recording of his signature number 'How Can I Miss You When You Won't Go Away'. Housed in a Globe Propaganda-approved sleeve complete with copious illustrations of this most photogenic of outfits, The Limit Of The Marvelous is a fitting reminder in their anniversary year of the continuing magic of the Charlatans.