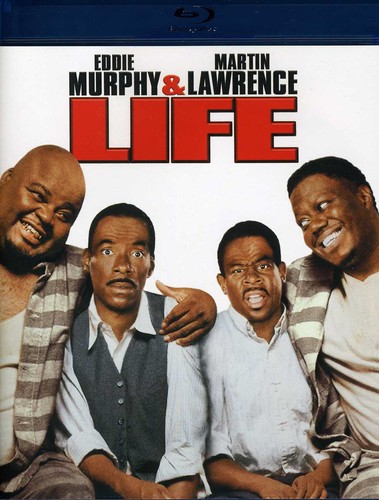 Eddie Murphy is the fast talking con-artist Rayford Gibson and Martin Lawrence is the conservative bank teller Claude Banks in the hilarious comedy Life. The two are accidentally teamed up to become the funniest 'odd couple' east of the Mississippi. In an effort to pay off Ray's debt and restore Claude's reputation, they travel south on a bootlegging run for some quick cash. There is no limit to their comical misfortune as they are placed at the scene of a crime and their mistaken identity lands them right in front of the judge. This hysterical comedy gives a whole new meaning to friends for life. Directed by Ted Demme, Life boasts an all-star cast including appearances by Bernie Mac, Anthony Anderson, Ned Beatty and Heavy D.